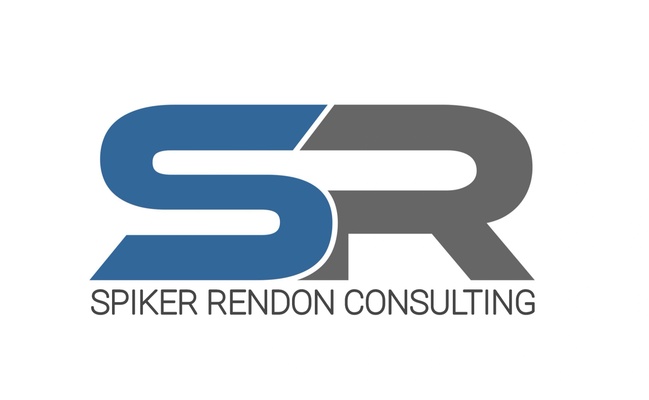 DCR is pleased to announce the successful launch of Phase 3 Retail Round 1 Application Processing, which is available only to those individuals who have been verified as Social Equity Program Applicants.This update provides a snapshot of the information gathered thus far, and provides clarity regarding a number of different topics of significance.

Application Data Collected So Far
DCR has received 732 Phase 3 Retail Round 1 applications from verified Social Equity Program Applicants. The first 100 submitted applications that meet the requirements of LAMC Sec. 104.06.1(c) will be eligible for further processing.

DCR will allow applicants who submitted their initial eligibility Verification application by July 29, 2019, to continue to submit additional documents in order to be considered for subsequent Phase 3 Retail and/or Delivery Licensing.

How to Request a Public Convenience or Necessity (PCN) Finding
For those applicants who have questions about PCN applications, please visit the PCN webpage.

Accela Update Notice
Please note that Accela will experience periods of downtime for scheduled maintenance and upgrades on Monday, September 23, 2019. We apologize for any inconvenience this may cause.

California’s cannabis regulations are the most business-friendly in the nation, according to an analysis conducted by the legal firm Thompson Coburn LLP.

The firm recently produced a “holistic state-by-state ranking guide that breaks down how favorable each state’s cannabis regulations are to businesses,” that put California at the top of the list of all 50 states plus Washington, D.C., according to a statement released on behalf of the firm. The ranking gauged states on eight metrics, including legality and availability of recreational and medical cannabis, availability of commercial cannabis licenses and business opportunities.

“Overall, California’s attitude toward cannabis legalization and regulation is welcoming when compared to other states,” the report found. “With a robust supply chain for both medical and adult use emerging throughout the state, California leads the nation in its regulation of commercial cannabis activity and cannabis use.” 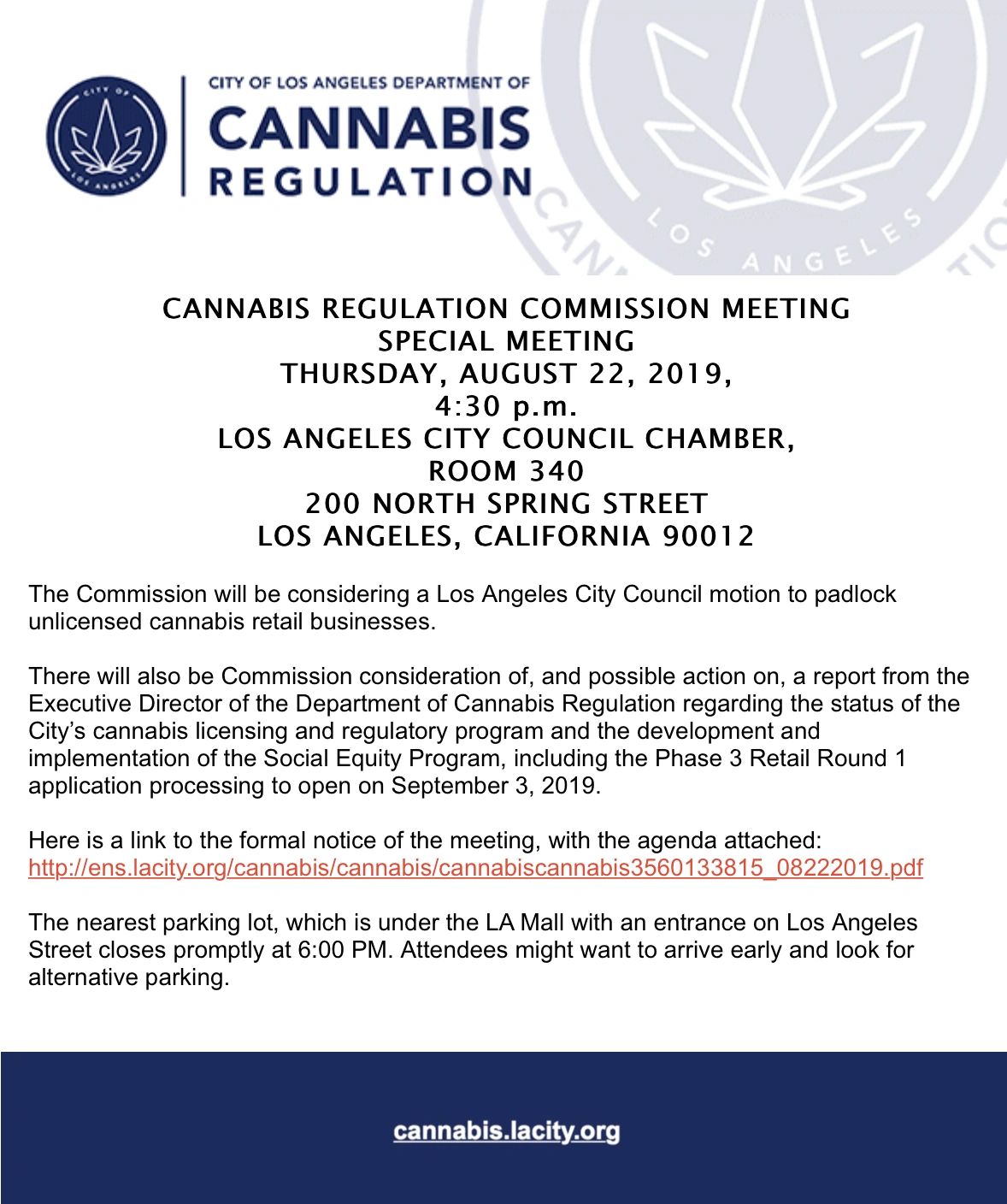 If They’re Doling Out Cannabis “Appellations,” L.A.’s Growers Want In

Think place-of-origin branding, like “Champagne” or “Roquefort.” An industry group fears indoor cultivators will be left out.

Since 2018, California has been working toward the rollout of its CalCannabis Appellations Project, which, in short, would give the state’s cannabis growers place-of-origin recognition, much like the term “champagne” is reserved for wine produced in a particular province of northeastern France. (Unsurprisingly, one of the first jurisdictions to embrace this idea was Humboldt, in the heart of California’s cannabis cultivation epicenter, in the north, known as the Emerald Triangle.)


But it’s not so clear that the program, which would be a significant differentiating factor and a branding boon in a competitive market, will be open to all cannabis growers, and at least one group—the indoor cannabis growers of Los Angeles— is pushing back. Earlier this month, the Southern California Coalition, a trade association that represents all sectors of the cannabis industry, issued a formal request to the state’s Department of Food and Agriculture, calling upon the agency to award an appellation of origin to the cultivators of Los Angeles. In his petition, Adam Spiker, the coalition’s executive director, argues that cultivators in the city of Los Angeles merit an appellation because they successfully grapple with a host of factors—including water shortages, extreme heat, and contaminants “typically found in areas of dense populations and heavy manufacturing”—to produce a “top shelf product” in high-demand that meets local and state quality control requirements. “Los Angeles indoor growers have found a way to improve upon nature, or rather have overcome regional difficulties in the way of producing a high-quality product which is consistent,” Spiker wrote.


Since 2018, the Coalition has participated in the CalCannabis Appellations Project’s working group. The Project, which is under the jurisdiction of director Richard Parrott, must develop a formal process by which licensed cannabis cultivators can establish appellations, by January 2021. Through its participation in the working group, the Southern California Coalition learned that some cultivators are pushing to advance a “sun-grown” restriction in the state, which would limit the granting of appellations to cannabis grown outdoors in full sunlight—excluding indoor cultivators like those in Los Angeles.


In its missive, the Coalition refers to this restriction as “exclusionary” and “unnecessary,” adding that “imposing ‘sunlight grown’ standards on the rest of the state is problematic, particularly when those cultivating exclusively with sunlight to comprise, at most, 20% of the state’s output.” The coalition, in fact, goes so far as to point to definitions of appellations in the Lisbon Agreement for the Protections of Appellations of Origin and the French National Institute of Origin and Quality, neither of which refer to agricultural products grown exclusively in sunshine.  According to the Southern California Coalition, “allowing one segment of the marketplace to dictate standards” for an entire industry would engender other problems. First, the intellectual property of only a small group of cannabis cultivators would be better protected, while all other state cultivators would be “deprived of this advantage.” And, in a similar vein, cultivators who obtain an appellation would have “advertising and marketing advantages” that would be unavailable to those who do not qualify.


In calling for a separate appellation for the city of Los Angeles, Spiker also points out that, while the county “has a complete ban on cultivation at this time,” the city “does allow strictly regulated, indoor cultivation.” And “Because both entities carry the words ‘Los Angeles’ within their name,” he writes, “it is extremely important that the City differentiate its appellation of origin from the County.” This situation, the Coalition points out, is not unique to Los Angeles, given that the counties and cities of Sacramento, San Francisco, San Diego, and Ventura also share a name.


In the case of Los Angeles, Spiker signals, the size of the jurisdictions is of particular note. The city, with about four million inhabitants, is much smaller than the county, which has a population of more than ten million people and stretches from the Mojave Desert to the coast—a region so vast it has its own microclimates. This, according to Spiker, is noteworthy because climate is “one of the criteria often cited for an appellation of origin,” and should the county of Los Angeles lift its ban on cultivation in the future, there ought to be a distinction between cannabis grown in disparate regions.

In response to a request for comment on the matter, Rebecca Forée, a spokesperson at the California Department of Food and Agriculture, acknowledged that the agency has received the Southern California Coalition’s letter and said that while it is “taking all comments into consideration, it is premature to comment on appellations requests at this time, as the regulations for cannabis appellations have not yet been drafted to guide the process and we do not expect them to be ready for release until late 2019.” 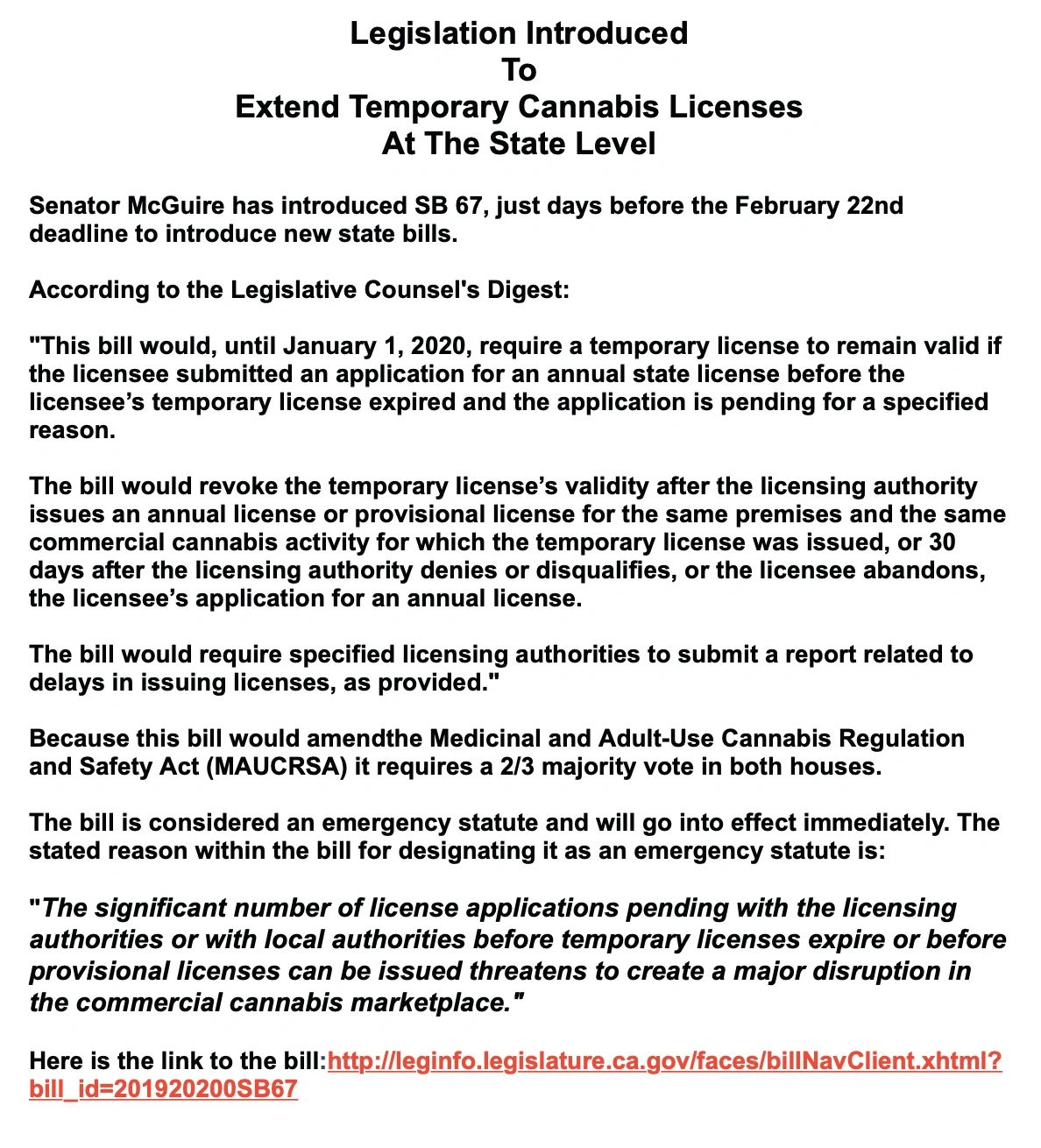 Spiker Rendon Consulting is a full service government relations and lobbying firm that will position your company to succeed.

Contact us to learn what src can do for you